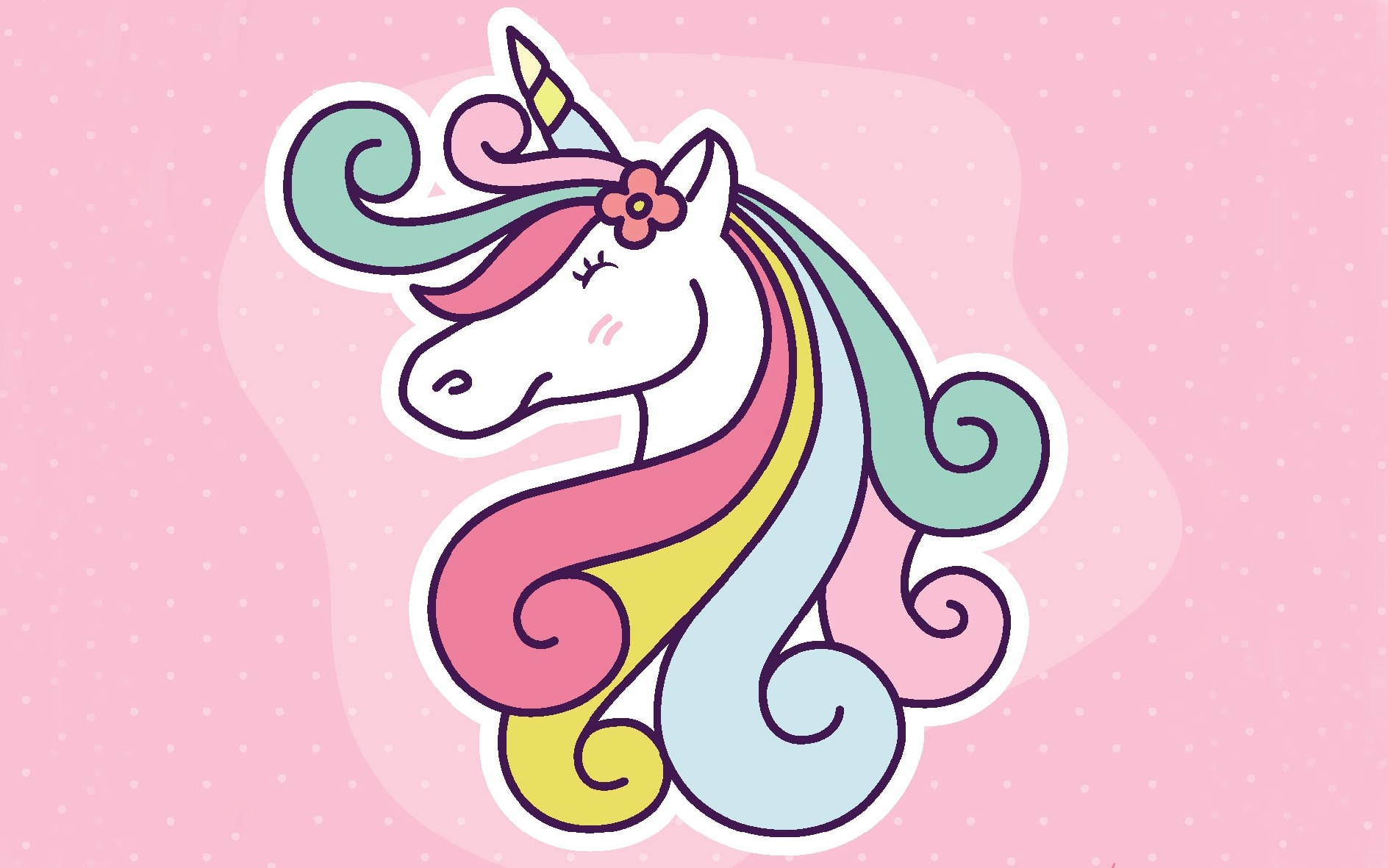 Unicorns enjoy a long time of great popularity. Originally the mythical creature in the comic film ‘The Last Unicorn’ was the star, today it is a symbol of the good, noble and energetic. We’ll show you step by step how to draw your first unicorn. You will also find some unicorn pictures as inspiration for your own drawings.

What is a unicorn?

The unicorn looks like a horse. A fairy-tale animal with a spiral, pointed horn on its forehead. In the Bible, the unicorn is also described as a mythical animal. Already around the year 1500 there are stories and pictures about the unicorn. For example, the horn in finely ground form would be effective to stimulate the sex drive. In an old encyclopedia I found the following description:

‘Fabel animal in the shape of a horse, with a straight horn turned out of the forehead. The animal was considered untamable and could only be caught by a virgin in whose womb he would flee.’

These days the unicorn is popping up everywhere. The unicorn brings wealth, luck and magic. You can buy everything that has to do with this mysterious animal. From backpack to duvet cover, from diadem to shoes. Little girls in particular are crazy about this fairy-tale being and want to have everything in the unicorn area. How nice would it be if you as a parent, grandfather or grandmother could draw or paint this animal. Some simple drawings below show that the unicorn is an easy drawing subject. Also take a look at Pinterest, there are hundreds of examples of this fabulous creature.

The unicorn trend and no end in sight

It has become obsolete to speak of a trend, because the unicorn has established itself as a figure. It is above all in the female fans for the girlish and innocent. Unicorns stand for the positive and the good, which many people can identify with. We therefore assume that we will continue to see many subscribed unicorns in the future.

The unicorn is characterized by its elegance. It is usually a noble and proud horse-like creature with flowing mane, which has a straight, winding horn on the forehead center. This horn is attributed to magical abilities. Thus, a contact with a unicorn horn should be able to cure the sick of their illnesses. The tears of the unicorn should be able to solve fossils and bring back the dead to life. To drink the blood of a unicorn is to make immortal.

Here, however, we are dedicated to the comic-style depiction of unicorns, in which it is much easier to sign the animal.

Since the unicorn is drawn almost exclusively as a cartoon character, there are countless ways to draw these mythical creatures. We just start with a unicorn head, which we decorate and decorate accordingly. Incidentally, the whole thing can also be combined with handle lettering.

We start with the simple head shape first. First we draw the head, followed by the ears and the neck. Then add the nostrils, mouth and eyes. Optionally add a flower to your ear for a heightened cuteness factor.

Step 2 – The unicorn gets a pony and his horn

A unicorn is nothing without its horn. That’s why we add a coiled horn that peeks out from behind the pony. You can draw the pony pretty wild. So that we can paint the whole picture afterwards, we do not paint the individual hair, but the outlines of the pony. After all, it’s a comic unicorn.

The tail is in our example a very important element that hides the transition to the body. He may quietly be drawn very undulating and exaggerated. Again, we draw the contours again so that we can paint and color the whole thing afterwards.

Step 4 – The unicorn drawing gets its colors

Finally, you can still miss the unicorn colors, in this example, beautiful pastel shades. Here you can either use colored pencils, pastel pencils or watercolors. Another possibility is coloring with a tablet, as in this example.

And There you go, we have painted our first unicorn head.

Based on our instructions, you can continue to vary and draw your own unicorns. Once you’ve learned the basics, it’s easy. Here is an example of a unicorn picture, in which the approach was very similar.

If you have internalized the basic technique, for example, you can combine the learning with the Zentangle technique very well and turn your drawing into a real masterpiece. Have a look at our Zentangle manual.