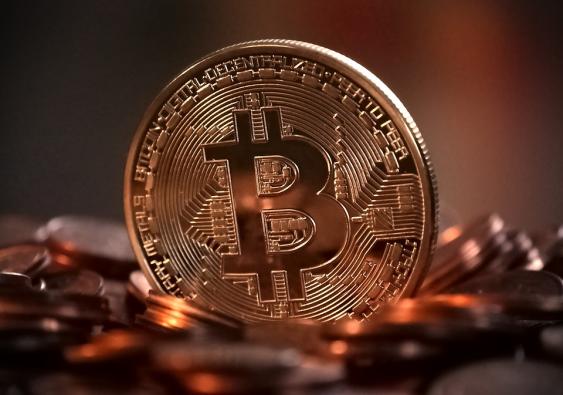 What is Bitcoin? How does Internet Money work? Where does it come from and how can it be used? We will answer these and other related questions below.

When it comes to Bitcoin, the most important question is probably: what is Bitcoin? A short question that requires a comprehensive response. We are going to deal with essential here.

Bitcoin is a digital currency that was first presented by Satoshi Nakamoto in an eight-page treatise. This paper, also known as white paper, bears the title “Bitcoin: a Peer-to-Peer Electronic Cash System ” and describes the essential characteristics of the new currency (https://bitcoin.org/bitcoin.pdf). The author – Satoshi Nakamoto – has kept himself away from the public. At the beginning of 2011, only two and a half years after the publication of the White Paper, Satoshi disappears from any online forums.

A few months passed before Bitcoin (BTC) was actually used as a means of payment for the first time. It was the 21st of May 2010 when Laszlo Hanyecz paid 10,000 BTC to the supplier for two pizzas. Previously, he had posted a corresponding request in an Online Forum. Compared to today’s prices, these would probably be the most expensive pizzas in history. The first step towards the global digital currency was taken.

Shortly afterwards MtGox opened the first exchange center for online trading with Bitcoin. In the following months, the entire capitalization price of the existing Bitcoins climbs over  one million US dollars. Bitcoin reached its peak at the end of 2013 when the price broke  $1,000 mark. In the coming years, Bitcoin was accepted as payment by a growing number of retailers with Online stores. Even larger companies like Microsoft and Dell accepted Bitcoin for various services from the end of 2014.

Bitcoin had proven to be a working digital currency and is not tangible as it only exists virtually. The System was created in order to be able to exchange values worldwide directly and without middle agency. There is no company that controls or markets Bitcoin.

Blockchain – is the technology that makes Bitcoin possible

Back to the question ‘What is Bitcoin?’ to answer it completely, the answer must also be dedicated to Blockchain. Blockchain is a technical System, which is based on Bitcoin and its function at all possible. This particular Blockchain is the technology that distinguishes Bitcoin from previous internet currencies. The particular operation of this technology has the potential to revolutionize the Internet and all data and communication channels based on it.

Unlike the term Blockchain, a Blockchain not only consists of a chain of blocks, it’s also a system that links records to a time and adds them to a publicly visible history. This history is stored on thousands of computers worldwide, and a Change, or an updated history is stored simultaneously by all participants.

The Bitcoin Blockchain stores the sender, receiver, BTC amount and time for a transaction. This data is checked for validity. As all computers check at the same time, fraud can be almost completely excluded. Once a transaction has been checked and confirmed, it is attached to the history. Once appended to this, the transaction is part of the Blockchain and thus unalterable.

In addition to the immutability of transactions that have already been executed, the Blockchain is characterised by two other essential characteristics. The Bitcoin Blockchain is ‘decentralized’ and transfers are carried out ‘peer-to-peer’ directly from user to user. Unlike traditional currency systems, the Blockchain does not have a central entity that controls the System. There is not a single center, but all participating computers provide a worldwide network of data stores. Due to the decentralisation, Blockchain is more secure than centralised systems. Compared to traditional bank transfers, transaction is transferred ‘peer-to-peer’. This means that transactions can be carried out much more cheaply and, above all, faster. A Bitcoin transaction is considered to be executed as soon as it’s added to the Blockchain. Once the transfer has been made, a unique Hash is created. A Hash is a long sequence of different characters, which results from the stored data record. A Hash can refer to the transaction, similar to a referral reference.

Wallets – the accounts of Blockchain world

A Bitcoin Wallet is, so to speak, the place where the password and Wallet address come together. Who has access to both keys can access the Wallet, and thus owns the Bitcoins. The more secure the keys are stored, the more secure you can hold BTC amount. One way to secure a Wallet is to write the address and password on paper and hide it well. A Wallet App is suitable for everyday use of Bitcoin. With a Wallet App, you can stay mobile and pay with your own Bitcoins or transfer them as needed.

What is Bitcoin today and how is it used?

Bitcoin is often measured in US dollars or euros based on the current price. Financially strong investors and speculators have a special influence on the valuation of Bitcoin. On stock exchanges specifically designed for digital currencies, Bitcoin can be traded against other cryptocurrencies. Many of the cryptocurrencies created after Bitcoin can only be purchased with Bitcoin or sold against Bitcoin.

In addition to the well-known payment methods, Bitcoin is increasingly accepted on different Online platforms. In addition to large companies such as Microsoft, Zynga, Overstock, or Shopify, offering certain products and services against Bitcoin, there are a variety of smaller retailers that accept Bitcoin.

In cities such as New York and Berlin, you can pay with Bitcoin at various retailers and Restaurants. Over recent years, there has been a steady increase in acceptance points. The possibilities of buying Bitcoin via bank transfer or credit card have also increased. The signs for the further spread of Bitcoin as an alternative means of payment look promising.