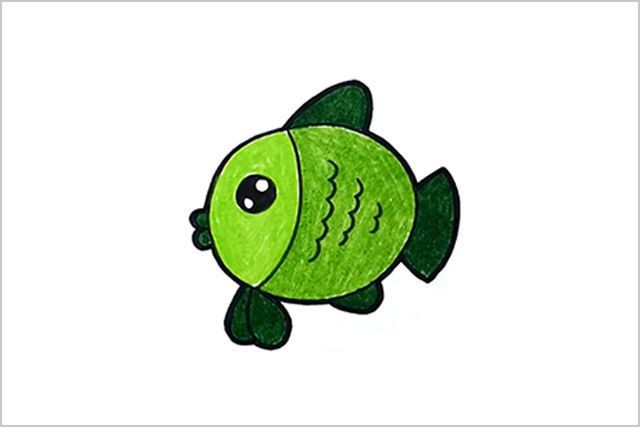 If you want to teach kids to draw a fish, you have to choose a fish that kids are familiar with and have a physical reference, so that they will be more interested in drawing it. When drawing, divide the fish into several parts and draw the body first, then add the other parts so that you can draw a fish in a simple way.

How to draw simple fish step by step

Draw a curve behind the eyes to separate the head and body parts of the fish; draw several wavy lines on the right side of the curve as fish scales, with the length of the wavy lines decreasing from left to right.

In front of the circle, draw the reverse side of “3” as the mouth of the fish; above the circle draw a rounded triangle as a fin.

At the end of the curve in step 2, draw a teardrop shape and a curved hook in front of the teardrop shape, which serves as the fish’s pectoral fin.

Behind the body of the fish, draw two presented short lines, and then use the curve to two short lines around, which as the tail of the fish.

Just below the fish scales, draw a rounded triangle for the fins.

Finally, choose your favorite color to color the fish.

This is a simple way to draw a fish for interested kids.